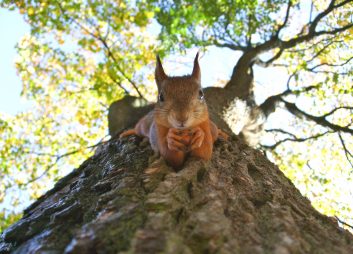 The commemoration day of St Francis of Assisi, patron saint of animals, is 4th October. As a nation we’re big animal lovers, with an estimated 12 million or 40% of households owning a pet, according to the PFMA (Pet Food Manufacturers’ Association). A quarter of UK households own the country’s 9 million dogs, with 17% of households owning the 7.5 million cats. And in case you’re wondering where ‘breeding like rabbits’ fits, third place is occupied by 1% of households owning 0.6 million rabbits.

As with many personal likes and dislikes, a love for animals can point towards remedy selection for homeopaths. The remedy personalities most keen on animals are Aethusa, Bufo, Calc Phos, Carcinosin, Limest-b, Medorrhinum, Natrum Muriaticum, Phosphorus, Psorinum, Pulsatilla and Sulphur.

Those which fear animals include Belladonna, Carcinosin, China, Stramonium and Tuberculinum.

So animals are another useful way to help remedy selection. Do you fear them, dream about them or consider yourself one of the nation’s 12 million animal lovers?