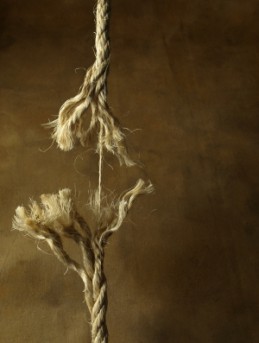 Emotional strain or trauma leaves you drained, with weakened immunity and depleted reserves.  That can easily lead to illness.  Symptoms like irritability, feelings of guilt or dread, raised anxiety and sleeplessness are early warning signs. They indicate a probable need for attention before more serious health issues arise.

Most of us, though, overlook that even mild emotional stresses can have adverse physical effects.  The connection between mind and body is often dismissed or little understood in our modern society.  But a very obvious example is the physical experience of blushing when we feel embarrassed.  And of course deep emotion can produce tears.

More serious connections have been made by American researchers who found in a study that the incidence of abnormal heartbeat was three times higher in depressed patients *.   It’s also thought that stress can raise cholesterol levels *, which potentially increases the risk of heart disease.  Those who suffer frequent bouts of depression are a whopping 40% more likely to die of heart disease *.  Left untreated, ‘acute’ emotional responses can turn into chronic illness.

According to the Department of Health, 29 million anti-depressants were prescribed in 2005, with more than 2 million of the British population taking them.  The Office of National Statistics states that in a typical Primary Care Trust (PCT) of 200,000 people, around 25,000 suffer from depression, anxiety or neuroses.  Both the government’s Medicines and Healthcare Regulatory Agency (MHRA) and the National Institute for Health & Clinical Excellence (NICE) state that anti-depressants have been over-subscribed and benefits are outweighed by the risk of side effects. Their advice for those who don’t have a serious medical condition: seek alternative treatments (National Institute for Clinical Evidence guidance 2005).  NHS guidance also outlines that those under 18 shouldn’t be prescribed anti-depressants, yet 40,000 children are believed to be taking  psychiatric drugs for anxiety, depression and other problems *.

Homeopathy’s been found to be as effective as prescribed drugs in the treatment of anxiety *.  A national survey conducted by The Society of Homeopaths in 2006 found that 87% of patients complaining of mental/emotional difficulties reported positive change *. That same year Nottingham’s integrated medicine service IMPACT found 74% of NHS patients with mental health problems experienced significant improvement from homeopathic treatment, with many able to come off conventional medication*. There’s the added benefit that unlike strong anti-depressants and tranquillisers, homeopathic remedies contain no toxic chemicals and associated side effects *, and aren’t addictive.

I have considerable experience of working with people troubled by mental and emotional health issues.  As well as everyday exposure to people in my own practice suffering from strain, anxiety and despondency, I’ve worked with mental health charity MIND (www.herefordshire-mind.org.uk), offering homeopathy as part of its Recovery and Wellbeing Service.  I’ve experience of consulting with (and prescribing for) individuals sectioned under the mental health act.

I also have enhanced DBS clearance to work with both vulnerable adults and children.