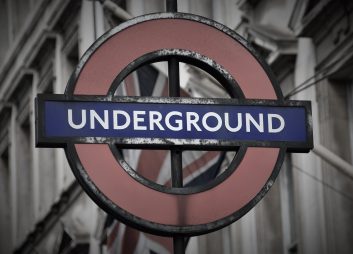 The first electrified underground railway system was officially opened in London in the month of November (on 4th November 1890). It’s a system still very much used by millions of Londoners and visitors every day, but there are some who avoid it at all costs.

I have a good friend who’d always rather go by taxi (with associated costs!) because she has such a fear of tunnels – something she shares with a number of the population.

Homeopathy is something which can help take the edge off the feelings associated with any fear.  The four remedies most associated with a fear of tunnels are Aconite, Argentum Nitricum, Lycopodium and in particular Stramonium.

As always with homeopaths, we don’t prescribe on one characteristic or symptom alone though – other aspects of the remedy must also match the patient. But if you’re scared by tunnels, and otherwise fit the ‘symptom picture’ of one of these four remedies you could find that your fear subsides somewhat if you take that remedy.

Of course being scared in tunnels is also a manifestation of claustrophobia, felt in confined spaces more generally. So if one of the four remedies above don’t fit, it may be that one of the forty or so ‘fear in narrow spaces’ remedies is a better solution.

Most specifically, there’s one remedy whose fear is pinpointed to a ‘fear of trains and closed places’. That remedy is Succinum Acidum (Amber).

Tube user or not, I hope your travels are smooth and happy this November.