Homeopathy is the safest and most reliable approach to ailments and has withstood the assaults of established medical practice for over 100 years.

The ancient healing art of homeopathy is based on simple, logical, scientific principles, drawn from the natural world:

REMEDIES TO MAKE YOU WHOLE 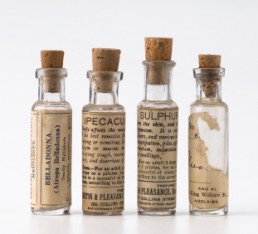 Homeopathy is (w)holistic healing.  As such it aims to restore a healthy balance through the whole of you.  Right to your core.  The source of your niggles is buried deeper than the symptoms.   Symptoms are simply a thumping great alarm call to wake you up to the fact there’s something out of true deep down.  Healing at this level is like reinforcing the foundations of a building instead of just papering over or filling cracks in the walls.

If these buried depths are out of balance,  you may not even fit a conventional diagnosis even though you know you don’t feel right.  (Conventional thinking isn’t holistic in its focus).  But once homeopathy stimulates you to heal deep down, how you feel and aspects like overall energy, attitude to life, reaction to everyday stresses and general well-being can all improve.

To use another analogy: even the most basic gardeners know that to blitz a weed completely you need to dig up the whole plant.  Roots and all.  (In fact especially the roots.)  Picking off only the visible bits like shoots and leaves just stimulates the wretch to regrow – so you have to dig deeper to eradicate the problem in its entirety.  The same’s true of your symptoms.

By similar things a disease is produced and through the application of the like is cured.

Hippocrates, "father of medicine"
The word Homeopathy comes from the Greek ‘homo’ meaning ‘similar’ or ‘like’, and ‘pathos’ meaning ‘suffering’.   Homeopaths look for a remedy with characteristics known to be ‘similar’ to your ‘suffering’.

These are originally discovered through rigorous tests (homeopathic provings) on groups of human volunteers.   Homeopathic remedies aren’t tested on animals. Each remedy has the capacity to produce its characteristic symptoms in a group of healthy people, and the details are recorded in our Materia Medica.

The ‘like cures like’ principle is simple, and one of the ancient, founding truths of homeopathy.  It’s thought to have been known to medics at least as far back as Hippocrates, of Hippocratic oath fame, and Greek mythology cites its use in the Trojan War.

A drop in the ocean – less is more 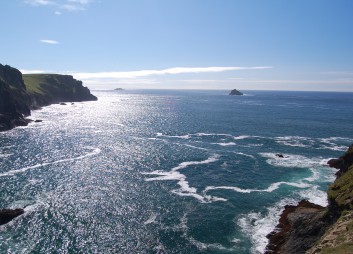 Around 1796,  German physician Samuel Hahnemann, frustrated by the medical limitations of his day, further investigated the time-honoured ‘like cures like’ principle.  He developed it by observing that healing properties were enhanced by ‘dilution’ and ‘succussion’, explained below.  He found the benefits of this ‘potentisation’ of remedies to be not just fewer side effects, but also better results.

Homeopathic pharmacists dilute an extract until there’s virtually no trace of the original material left.  Scientists refer to this as ‘beyond Avogadro’s number’ – a dilution ratio of 10:23.   (A drop in the ocean is a good approximation for you and me.)

Hahnemann found the more dilute a substance, the more potent its healing effects.

This ‘less is more’ principle, whilst seemingly illogical, can be understood very easily by anyone who’s ever suffered an allergic response – the smallest particle of an allergen (e.g. dust, pollen, or a single animal hair) can provoke a disproportionate reaction in you if you’re sensitive to it.

If you think you’re too small to make a difference, you’ve obviously never been in bed with a mosquito.

J.W. von Goethe
Pharmacists release the energy of the dilution by ‘succussing’ it – banging it hard against a solid object (Hahnemann used the Bible).  This causes an especially vigorous shaking, which energises it.  So homeopathy’s a branch of ‘energy healing’, with its scientific basis in quantum physics.

Like other intangible energy fields such as gravity and electricity, the healing energy of homeopathy can’t be seen or touched.  But like these other energies its effects can be seen and felt, and impact positively on the daily lives of many.

Hahnemann’s dilution and succussion for potentisation is still used by the modern-day homeopath.  And as the word implies, these remedies have very potent effects.

They’re prepared from all kingdoms of the natural world. 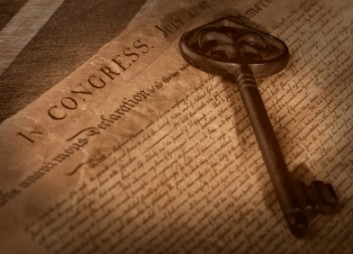 The most common way of prescribing a homeopathic remedy is simply to give a single dose – one pillule only.  Sometimes people find this a bit disconcerting as it differs so from the conventional way of taking a course of medicine over time to bring about physical changes.

But a single homeopathic dose contains all the energy needed to stimulate your body’s own healing power.  Further pills at this stage are unnecessary – and potentially disruptive as they can cause overstimulation.

Drop a pebble into a pond.  The ripples radiate right out to the shore; any more pebbles tossed in disrupt the course of the ripples already in motion.  So too with your remedy.

The remedy can also be likened to a perfectly fitting key, to unlock the door to those depths of yours.  It’s here your body’s own capacity to heal has been rendered captive by the ups and downs of life.  Once unlocked, the door’s free to open and release your natural healing power.

It’s stating the obvious to say you can’t unlock something that’s already unlocked.  Any further turn of the key serves no purpose at this stage.  Exposure to the general demands and environmental stresses of life or major events and shocks can cause your door to swing back and lock again, but it’s not until this point that a further turn of the homeopathic key is helpful.

In the meantime there’s no daily dependency to manage your symptoms.  (In chronic complaints, the door may stay open for weeks, months or even years without a further turn of the key).